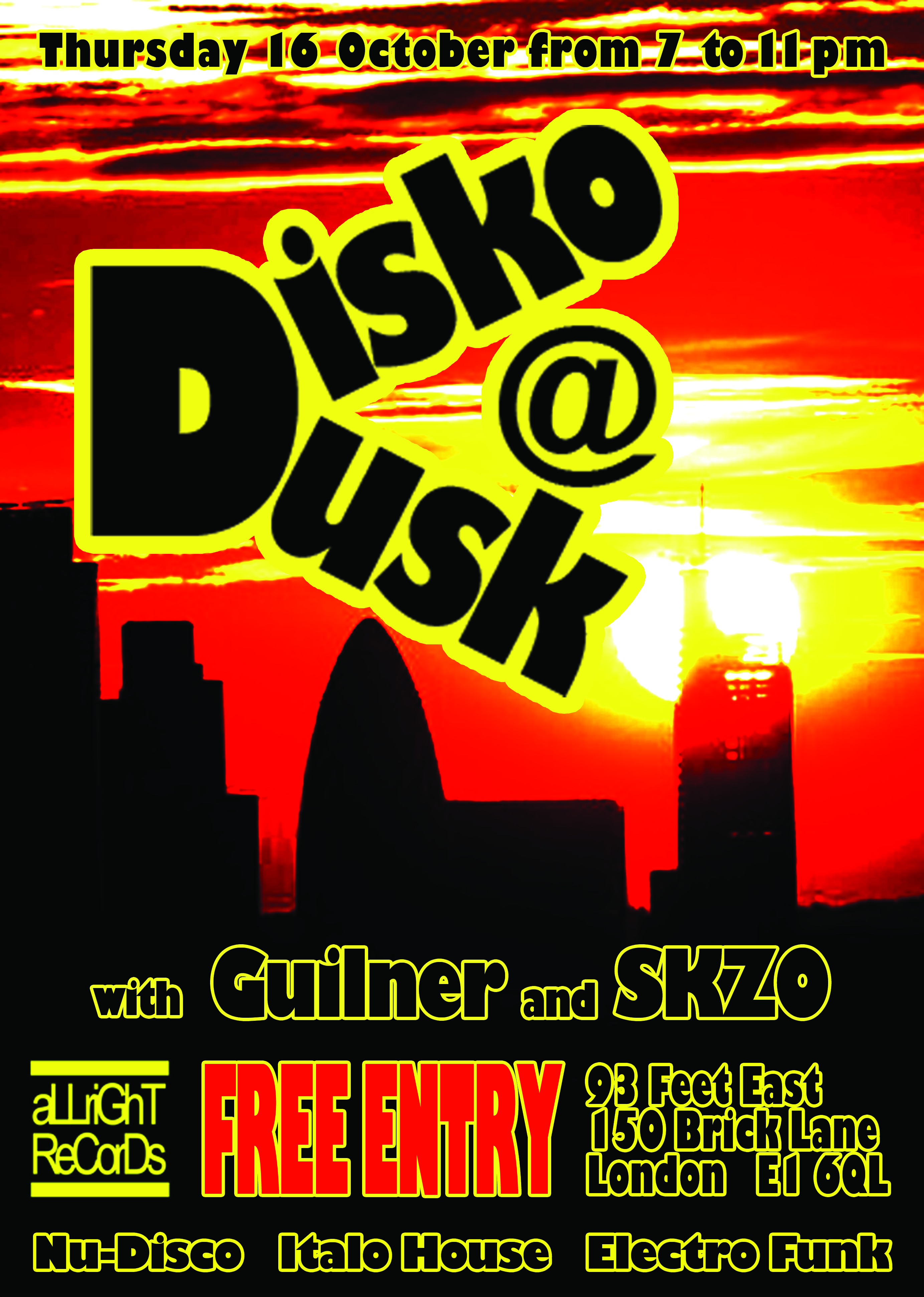 Disko@Dusk is the new aLLriGhT ReCorDs showcase, bringing you every 2 weeks a night of Disco and Funky House. Set at celebrated venue 93 Feet East, in fashionable East London, the night will feature a mix of label’s DJs own productions Guilner and SKZO, as well as their personal selection on the latest in nu-disco and funk. “Start your night with aLLriGhT ReCorDs, enjoy a drink with us Disko@Dusk” FREE ENTRY

What to expect to hear on the night: