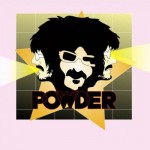 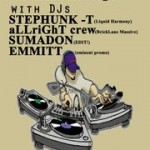 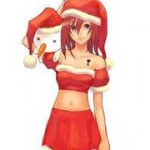 Lest week i got one of those invitation people send you on facebook and i generally dont really pay any attention to them, same is for messages coming from people you dont know! Anyway…i randomly found my self reading one that my friend tommy send me! It was for an album release gig,and the band releasing it was 52 Commercial road,where he is one of the guitarists. I have been following them for some time…probably 3/4years,i got a friend of mine recording an E.P. for them, i assisted the recording by sleeping in the couch of the studio that night (very helpful!). Well,since seing them the first time i tought they had lot of potential and what i loved the most was how they can mix each other sounds without even having a skilled guy behind the desk…and you need lot of chemistry for that! That first gig i saw was good as tommy came with a very DIY pedal board…it was in fact a tesco basket(see pic)…old school!
Ok,long story short….I decided to go and support them with my friend andrea (the one recorded them long ago), so after stopping at the vietnamitico for a meal,we run down to get there in time enough to get in for free (we are cheap!) thinking it was a strict venue…thanks got it was a squat…nothing compares with the careless-cheap and friendly comunity vibe you can find in a squat…some might argue with that… i dont!
Just to show the spirit of it…the same morning the coppers went there to kick them out…but they got there the wrong day…i couldnt see them being kicked out on this big occasion…they fought and managed to stay…thats people power!

The night started smoothly, as the cans of stella started kicking in my attention was drawn to the second band on…fuck me i thought…the belgiandelta sleep (math/post-rock)
came on stage and their mathemathic rifs really left me astonished,i love countertempos and fast/slow changes, add to that singing/screaming similar to “system of a down” and i am listening full on! be shure to check them out…its worth!

Third on the bill was thought forms (shoegaze/post-rock), by that time i was sitting next the stage and what i could hear best was the drum…and there was something good about the drums that i was hearing…definitely…my mate agreed…so big up to them too…altough what we were waiting for was 52 commercial road…lets say it…and their entrance couldnt be any better when a lady very kindly offered me a spliff to roll…fuck yeah…thank you lady!!! Damn…i sat down and got taken into their journey (yes i was stoned but the music did the most). Again these guys did a great job and showed they deserved all the attention they received. It was probably the highest peak of people and every song received the deserved cheering! For some tunes theywere joined by arp and viola (Altough i am a musician i am shit at distingushing that family of instrument,it might have not been a viola,but it was well played,and the player was nice too).

What to say…they really deserve attention so make sure you check out their stuff and…buy their album here…that night they were selling them with hand made cover(all different) for only 5£, and i refgret not to buying one, anw on that link its only 8£ for a physical copy of 7 traks so go buy one!

The last band on was another belgian band SoundFilm (Psychadelic post rock/Jazz) as they started i was in the toilette pissing and when i got back everyone was sitting on the floor (advised by the band as i got told), and so did i,actually i laid on the floor….their phsichedelia mixed with too many cans of stella unfortunately got me sleeping…when i suddently was woken up by some dubstep…and i realised the gigs were over!
Later on i got told they were worth seing them so big up to them too…altough what the belgian give they take…in fact what the belgian band gave, the belgian beer took!

Well…it was a really good night…power to the squats and a big hug to anyone that made the night possible…52 commercial road mainly!

BTW: download some of their material for free HERE or HERE

and here is a mixset by aLLriGhT

This is my first post, and because this is all about the music, I wanted to present to you a friend that taught me about music. Sam Crowe one of my piano tutors gave my class a series of lectures about how to express different moods through use of music. It was a mind blowing revelation!!! the fact that you can with predetermined “chord” shapes or using different “musical modes” make sound a song happy or dark, cheerful or sad, introduced me to the music language, the sound alphabet, a code to adopt to tell stories even without the use of words. PRETTY AWSOME ISN’T IT?
There is a lot to say on the subject but now I’m here to tell you about Sam, he is playing this weekend in London and you might be interested to listen to his musical stories.
Sam Crowe has just released an album with his band and is giving a free gig this Saturday at the Royal Festival Hall in London set starts at 4.30pm to 5.30pm. I highly recommend it if you like live music, well played by masters in the genre.
This is a link to his website and some videos

DO have a look, DO have a listen, DO enjoy aLLriGhT! ☺

Its only every few months that you come across a rapper that you can say…DAMN..this geeza’s got style…last time that i thought that was when i came across Spitty Cash, a guy that had difficulties in the ghetto…a ghetto that never existed! (Check him out in a masterpiece such as Difficolta’ nel ghetto)

Anyway now i heard he has made it big and drives around the ghetto with a Volvo rather than a Fiat panda back when he made “the street Chronicles Intro” (and used to hang around the conad where he was well respected innit?

Ok, but its not spitty we wanna talk about here, but someone less violent and much funnier, i first heard one tune with his voice on and thought,i gotta find that geezer,and after about 6 months i came actross to the mighty Prince zimboo.
Now, he’s got what i call the african humor, simple but effective, and style too.
Funny enough i realised he did a tune with major lazer too
Well, you gotta listen to him your self to realise the style of one of his productions

And on hold the line freestyle

And dont forget to get some of his tunes and remixes people did for him on the links below,after checking his myspace
Heh!

Prince Zimboo – To The Rescue (Everybody Say Heh!)

I knew he was into records spinning!

Here is a Mixset by aLLriGhT 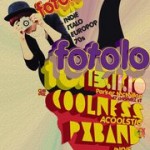 As we just set up this blog, what a better start than giving away some freebie…like…i dont know… a remix? and whats better than a remix?…. A free homemade remix! yeah man! I never really been much into blog (not a big talker either) but why not wasting some time talking about random things to people that will probably not even read them…yeah since we got so little time…lets waste it!

I kinda felt like remixing this track when i realised how close it is to the original, not that it matters much…as long as it sounds good but feel free to judge it your self by comparing the sample….

Anw,it sounds good so f@#k that!

And here is our remix that you can download on this link
or, why not, by visiting our Soundcloud page
directly…or even better our Facebook page

And the question now is… which one teases you?